OVER 30 YEARS OF TRADITION 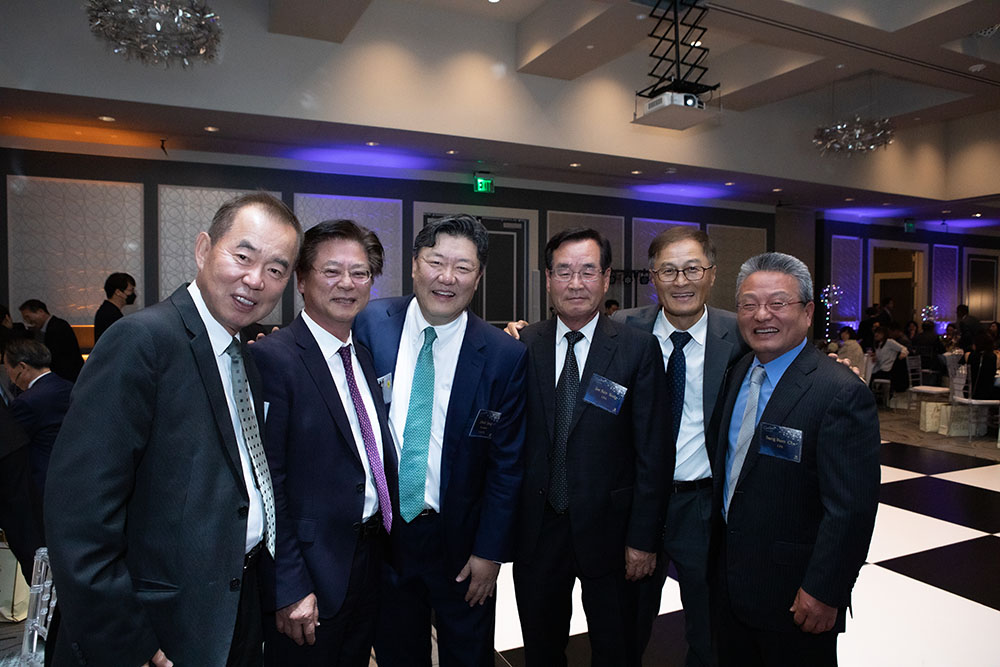 20 years after the Treaty of Amity and Commerce between the United States of America and Korea in 1882, King Kojong allowed emigration to America. On December 22nd 1902, the first emigration vessel left Inchon toward Hawaii, and this was recorded as the first Korean emigration. Therefore, the year of 2002 was the 100th anniversary of the Korean emigration, and there were many commemoration ceremonies and events that year. Since there is no accurate record of the history of Korean American certified public accounts, especially, of Korean CPAs in Southern California, we cannot be sure from when a Korean CPA existed and provided services. However, because Korean American CPA Society of Southern California was founded in June 1982, and because preparation committee members at that time are alive, we can organize the history of Korean American CPA Society of Southern California through various event documents, news accounts, and verbal evidences of the preparation committee. The history of Korean American CPA Society of Southern California can be divided into three parts. The first period is from June 1982 to March 1992, during when the establishment and the base of the association were solidified. In this period, eight presidents led the association and worked toward the construction of a positive CPA image and the consolidation of the association. The second period is from 4.29 riot to June 1998, during when Korean American society recognized the importance of CPAs, and the social position and service of CPAs were uplifted. The third period is from July 1998 to 2007, during when CPA improved his and her own capability and confronted changing economic society through the association various activities.

THE ESTABLISHMENT OF THE ASSOCIATION AND ITS FOUNDATION

This is when the association was founded, increased members, and consolidated its foundation. Although it is not clear when the first CPA in Southern California set up practice, 5 to 10 Korean CPAs started business in early 1970. From 1980, 20 to 30 Korean CPAs, such as Jong Kwan Kim, Sung Chul Kim, In Ho Park, Young K. Oh, Soo Jung Lee, Stephen Cho, Jae Y. Kim, Ki Mo Jung, and Howard Rhee, actively competed with each other. Among these, Stephen Cho, Young K. Oh, and Howard Rhee CPAs became central figures and formed Korean American CPA Society of Southern California in 1982. The objectives of the organization were to promote friendship, to relax competition, and to exchange information. In June 1982, there was an inaugural meeting at Woo Lae Oak, and Howard Rhee CPA became the first president of Korean American CPA Society of Southern California. At that time, foundation members thought that they had to make connection with the Los Angeles Chapter of California CPA Society. The members requested their once a month seminar to be eligible for Continuing Education Credit and were accepted. They called their discussion group, Olympic-Vermont Discussion Group. The second president of Korean American CPA Society of Southern California was Stephen Cho, and the third was Young K. Oh. Both of them maintained continuous seminars and promoted friendship. During this period, they especially endeavored to prevent consumers from mistaking CPAs with bookkeepers without license. Later, the two presidents were elected as presidents of Korean American Society of CPAs, which was a nationwide association, and still give whole-hearted support to Korean American CPA Society of Southern California. Young H. Shin, the fourth president (July 1986 to June 1987), participated in many activities for the economy of Koreatown and passed away in 1999. The Korean economy developed greatly in 1986 and 87. Especially, those who carried on sewing factory, laundry, market, liquor, and trade were center of lively economic activities. The number of Korean CPAs in 1986 and 87 increased to 50 to 60. The fifth president of the association was Gilbert G. Hong (July 1987 to June 1988) and the sixth was Ki-Ok Kim (July 1988 to June 1989). In October 1988, articles of the association became drafted. Also, with Koreatimes, the association initiated an income tax seminar for Korean Americans in February 1989. The seventh president Henry Kim (July 1989 to June 1990) tried to differentiate bookkeepers without license from CPAs and to highlight CPA service, education, and qualification to Korean American society and its media. The eighth president Jae Y. Kim (July 1990 to June 1991) edited and adopted the association articles. 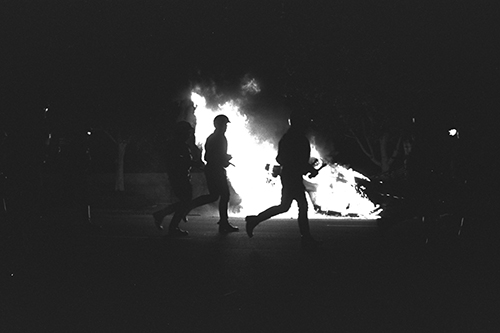 THE PERIOD OF RECOGNIZING THE IMPORTANCE OF CPAS AND THE ASSOCIATION

4.29 riot was a starting point for Korean Americans to recognize the social role of CPAs who made an effort for community. On April 29th 1992, 4.29 riot occurred, and many Korean-owned stores and supplies were damaged and were lost by incendiary fires and thefts. When those with loss of property were falling into disappointment and needed to apply for SBA loan to federal or state governments, Korean American CPAs of Southern California gathered around the president of the association to help them. The president at that time was Bong S. Chang. Behind the old Radio Korea building on Olympic Blvd., several CPAs took turns and assisted in preparing SBA application without charge. This activity was aired on media and became a pivotal moment for CPAs to raise their social position and for Korean Americans to understand the importance of tax report and bookkeeping. Also, from 1992, the association started to award scholarships to college students majoring in economics and accounting. The tenth president Samuel B. Choi continued to assist Korean Americans during the restoration period after 4.29 riot. The eleventh president Gerald B. Chung (July 1993 to June 1994) also helped Korean Americans to apply for SBA loan after Northridge Earthquake in January 1994. The twelfth president was Jung M. Park, and the thirteenth was Jung G. Choi (July 1995 to June 1996). During this time, the association invited the president of CPA Society in Korea, Jong Nam Lee, to have a social meeting and discussed the necessity of the United States CPA Society. The fourteenth president was Ben H. Lee, and the fifteenth was Bob G. Moon (passed away). President Ben H. Lee established the U.S. Korean Society of CPAs in 1997 with Young K. Oh. 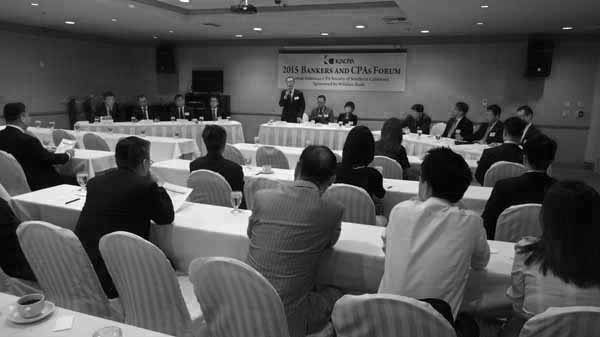 During this period, presidents promoted improvement of members’ competency, friendship, substantiality of seminars, diversification of events, and cooperation with external agencies. The sixteenth president, Sung H. Hong (July 1998 to June 1999), revised the association articles and started Banker&CPA golf tournament. Also, in order to encourage coalition among CPAs, the association held a year-end party for the first time. During the term of the seventeenth president Byung S. Kim, the CPA association journal was launched. This 30-page journal is published yearly and contains members’ articles and their state of affairs. Until 2006, eight volumes, which enclosed members’ dissertations and essays, were issued and endorsed the exchange of information. The eighteenth president Yoon Han Kim endeavored for seminars’ substantiality in contents and the expansion of members of young generation through CPA tennis tournament. With devotion to the association, the nineteenth Jae S. Song president contributed toward the association’s development and unity. At that time, there were various association events, such as presentation of scholarships, income tax seminars for Korean Americans (about 200 participants), campaign for needy neighbors, tennis and golf tournaments, and etc. During the term of twentieth president, Kyung M. Kim, the association supervised a cash transaction seminar, separate from an income tax seminar. The twenty-first president Shin Y. Kang strengthened the function of the association’s website. In order to educate CPAs in property succession, the twenty-second president Wohn C. Kim held an advanced estate and business succession planning seminar. The twenty-third president Chang S. Lim contributed to seminar’ diversification and reinforced journal’s contents. The twenty-forth President Doo C. Jang established a business workshop seminar for Korean America business leaders and strengthened friendship with outside agencies like the Association of Government Employees. The twenty-fifth president Jane Kim, the first female president, is exerting efforts to conduct the 25th annual event for the association.

THE BIRTH OF KOREAN AMERICAN SOCIETY OF CPAS

In 1996, a few aspiring CPAs in Southern California established Korean American Society of CPAs for an active interchange of scholarship and promotion of mutual friendship among CPAs in the U.S. Since the 1st president Young K. Oh was elected in 1997, Ben H. Lee, Stephen Cho, Min S. Ho, and Bong S. Chang succeeded presidency. In 2000, Korean American Society of CPAs invited the president of Korean Accounting Institute (similar to FASB in the U.S.) Il S. Kim from Korea and successfully held the first international seminars for CPAs in New York, Chicago, San Francisco, and Los Angeles. Under Bong S. Chang’s direction, 100 CPAs from several states gathered for the 7th international seminar. Both President Tae S. Suh and Vice-President Taek K. Moon of KICPA (Korean Institute of CPAs) attended the 7th conference. This was a good networking opportunity for Korean American CPAs who were scattered all over the U.S. to meet once a year, to stimulate each other’s growth, and to cope with an increasing role of CPA. 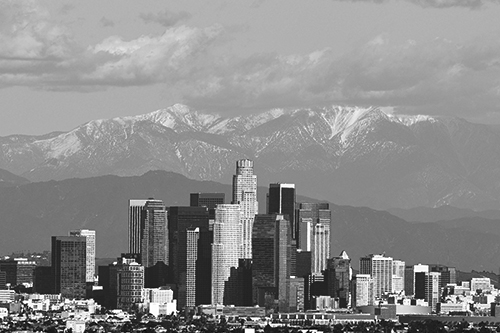